Swansea Jazz Club was formed in 1949. 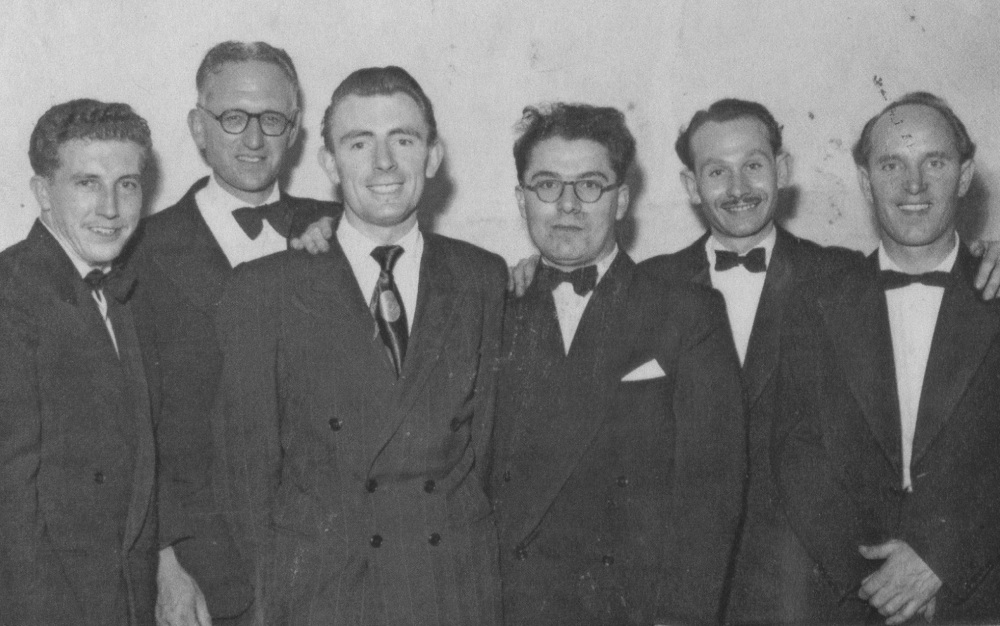 Walter Stuckey is a devoted jazz fan and a member at Swansea Jazzland who never misses a gig. He has been a follower of the weekly jazz scene in Swansea for 7 decades. It was back in the late 50’s when he started going along every week to the Glanmor Club. Maurice Levenson, who was better known as Schmoo to everyone was one of the driving forces getting the club going along with Swansea musicians, Derek Morgan, Russ Jones and John Ham.

Walter recalls, "I remember watching John Ham playing trumpet in his RAF uniform when home on leave!  The local musicians would be the backbone of the club and would be joined by guest musicians. One regular throughout the 60’s and for many years to come was saxophonist Danny Moss with his wife, vocalist, Jeannie Lamb. Danny’s son, Danny Moss Jr. is a fine double bass player now resident in Australia, and on visits to the UK plays at Swansea Jazzland. The Glanmor Club even hosted Amen Corner for their debut gig, but sadly ran into financial trouble in the late 1960’s and the club had to close. 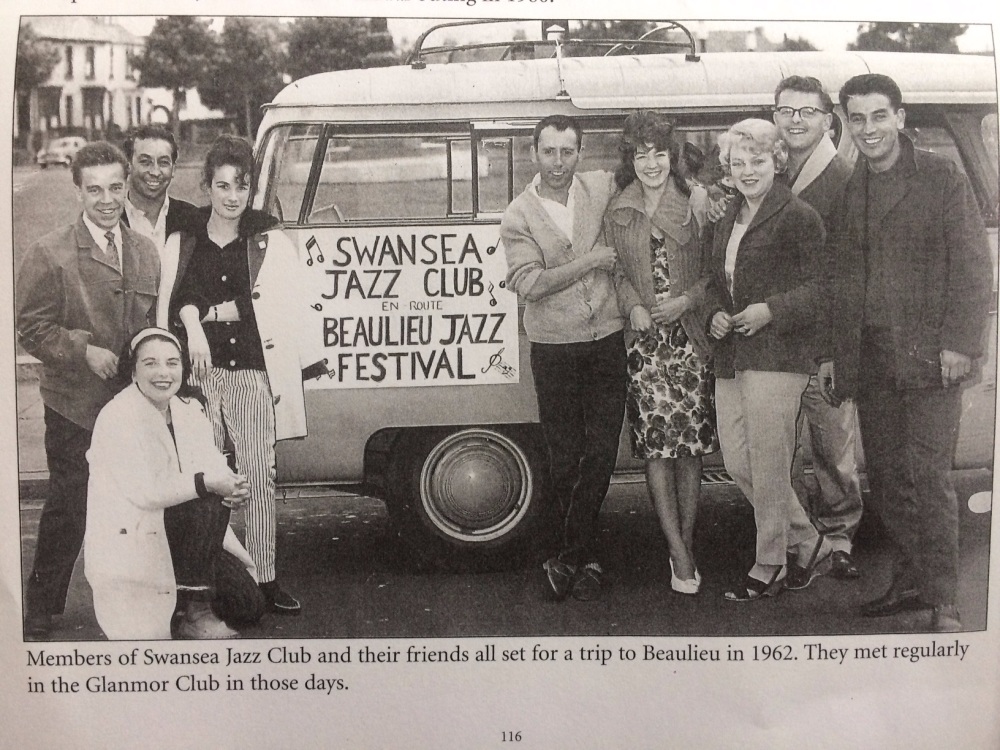 Don Rendall plays to a youthful attentive audience around 1961. 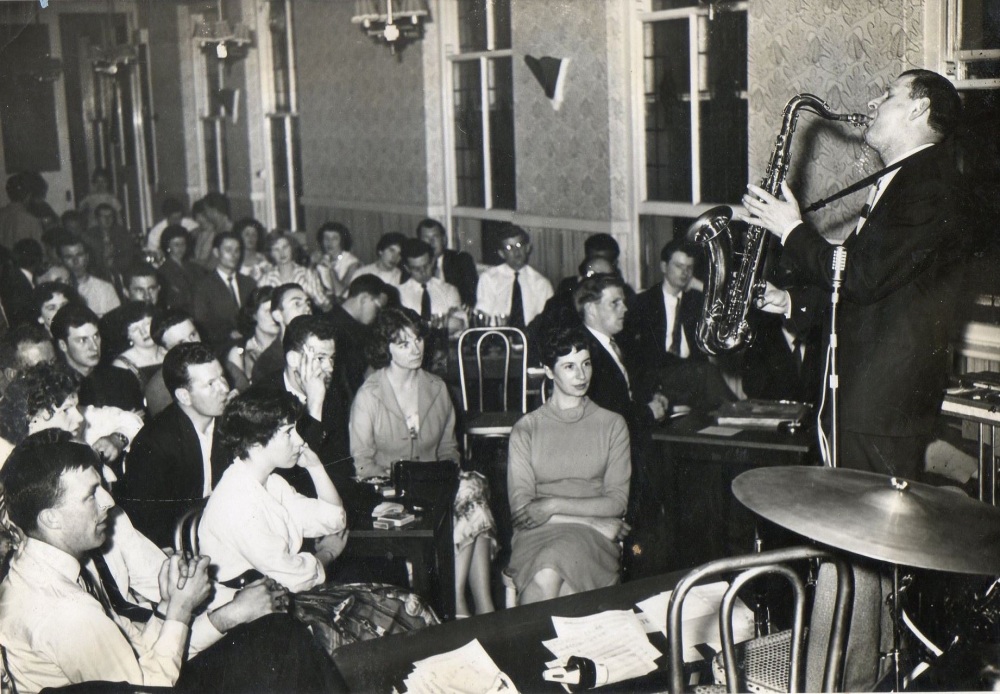 The Glanmor Club closed and the jazz club continued with a move to the Liberal Club (St James Club) as the the main weekly home of live jazz session,  hosting many leading International Jazz performers 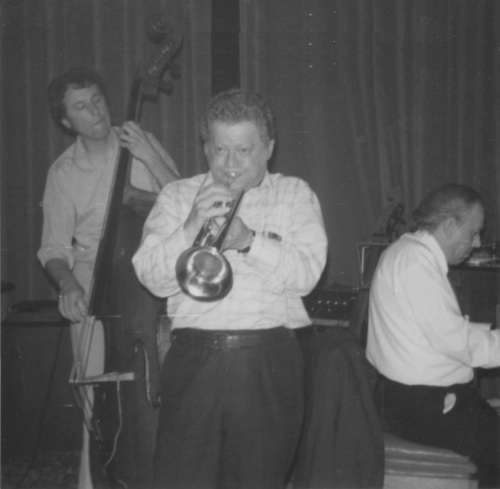 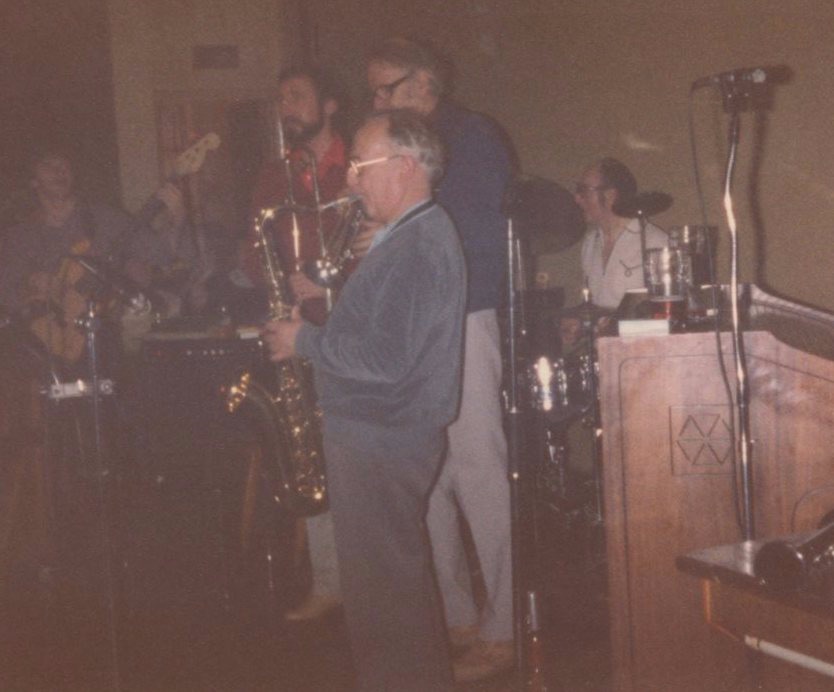 Swansea Jazz Society presented some big events in the 1960's/1970's at the Brangwyn Hall and the Top Rank. 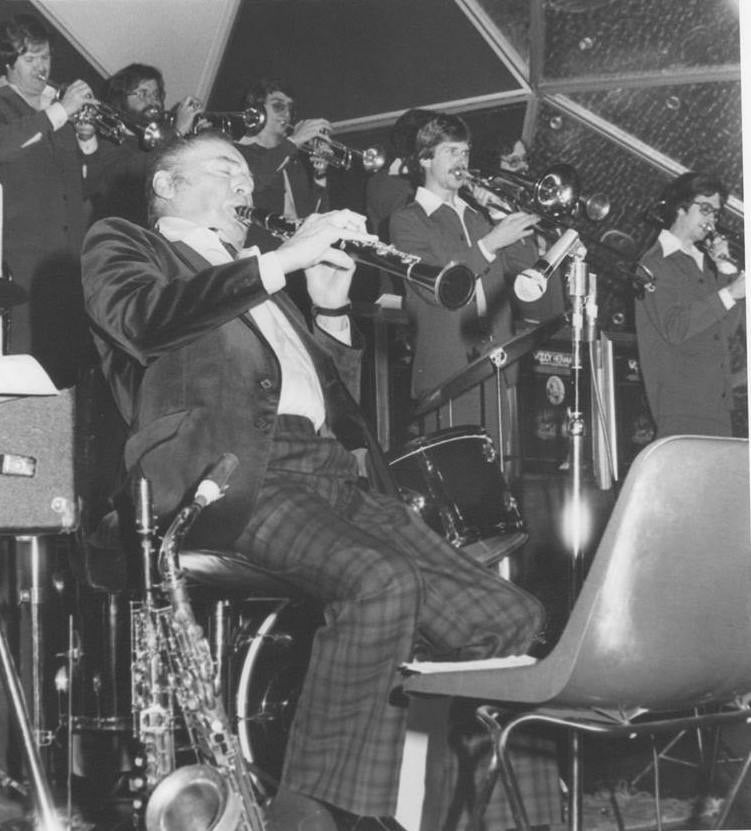 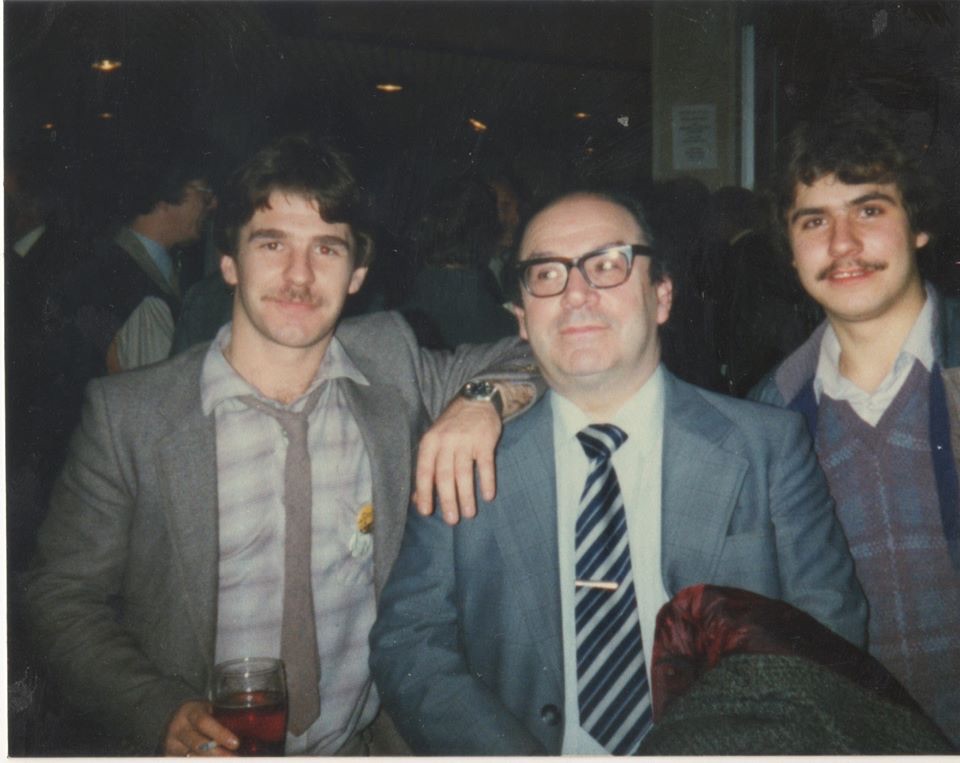 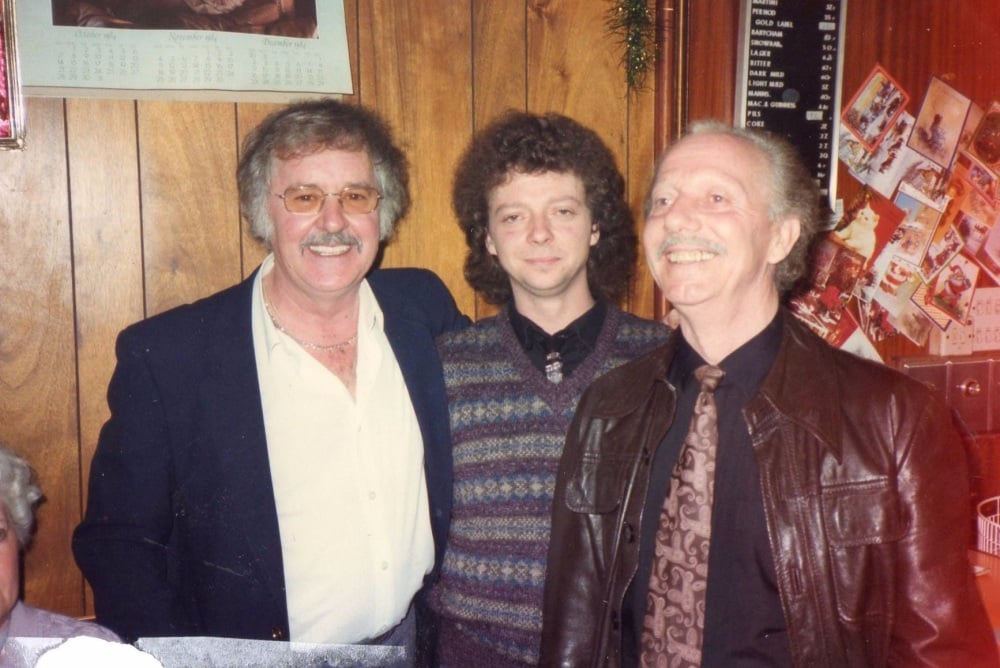 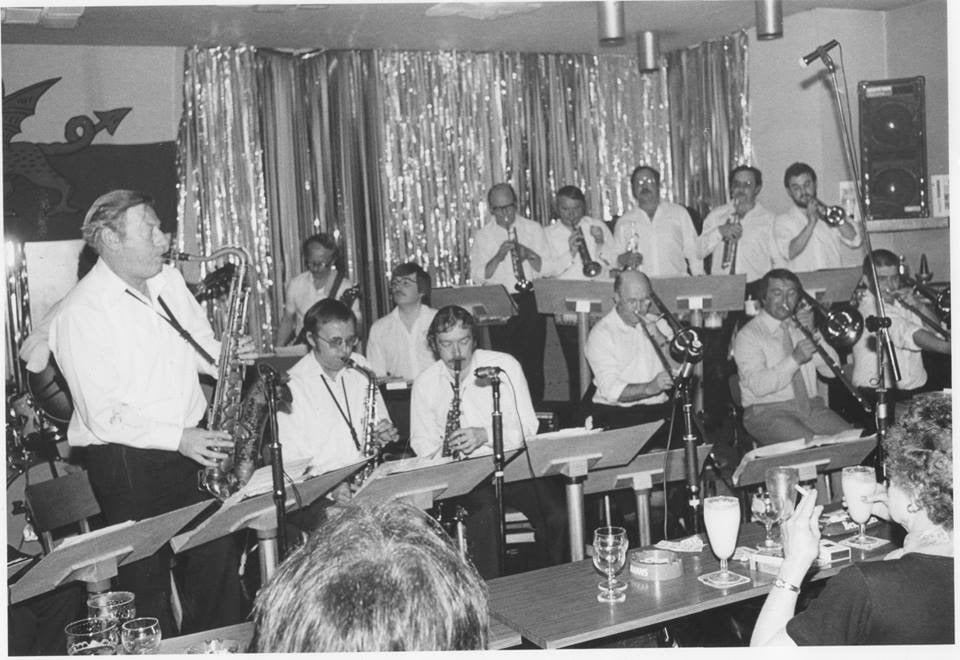 1985 ensemble at the Liberal Club 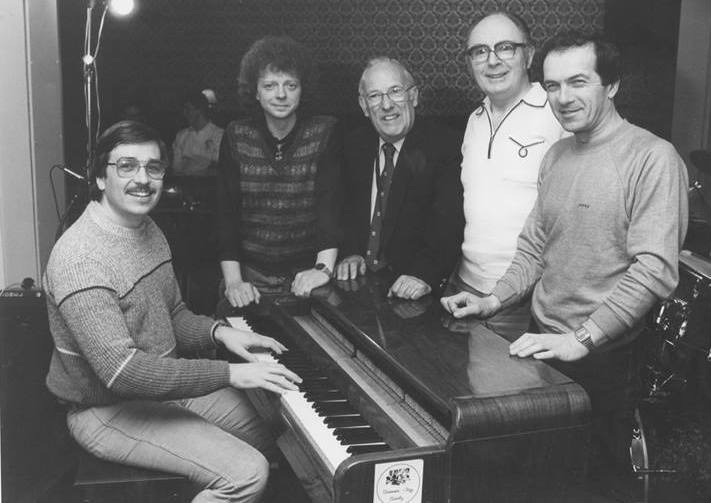 The club became Swansea Jazzland in the 1990’s and the Liberal Club became the St James Club around about the same time. Pianist Dave Cottle began arranging the programme of events as he does today.

THE MAN WHO HAS ORGANISED OVER 3000 JAZZ EVENTS IN SWANSEA

Swansea Jazland moved to a new venue Augut 2018 - It is great to see that jazz music is still so popular and wonderful that such large audiences come along to the The Garage @ Whitez every Wednesday night".

Swansea Jazzland with support from Arts Council of Wales 2004 - 2018 held monthly open jam-sessions free to attend and open to all ages and abilities.

The sessions allowed players to learn the art of jazz, and perform to an encouraging and knowledgable audience.

The Swansea Jazzland house trio provide professional backing, and will guide any participants through their pieces, and all done with a friendly and fun attitude.

Jazzland also hold regular Masterclasses delivered by some of the finest jazz professionals in the World. Please check the club’s website at www.swanseajazzland.co.uk to find out about the next jam sessions and masterclasses.

Previous Masterclasses have been presented by the following artists: