NEW DATE : ALL TICKETS PURCHASED FOR ORIGINAL DATE ARE VALID FOR THIS NEW DATE

Shakatak have enjoyed a level of success and career longevity rarely paralleled in contemporary music but then Shakatak is a particularly unusual group. Because of the nature of their music their fan base is one that is far reaching while always retaining an “underground” element. This paradox sees the band, who are known primarily for their musicality, enjoying both high “cult” status and instant recognition as a household name due to their numerous hit recordings.

In the past 4 years the band have performed concert dates in the UK, Azerbaijan, Russia, Latvia, Lithuania, Bulgaria and Slovakia plus club dates at the prestigious Billboard, Blue Note & Cotton Clubs in Japan. Shakatak also headlined at the Penang Island Jazz Festival and played a concert date in Almaty, Kazakhstan.

April 2013 saw the release of a new CD “Once Upon A Time – the Acoustic Sessions” on JVC Records and there were numerous UK dates with concerts in Keiv and tours of Japan in July and Germany in October. In 2014 the band released the CD “On The Corner” and toured in Mexico for the first time. There were various other tours around the world.

The album “Times & Places” is available world-wide and during 2016 the band have toured in Holland, Germany, Lithuania, Japan, Bulgaria, Serbia, Mexico and throughout the UK. 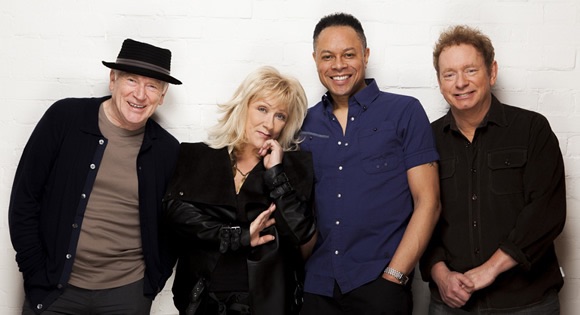 The latest album is called “In The Blue Zone” so check availability world wide. 2019 will be a busy year promoting the new CD.

Throughout their long career Shakatak have released over 50 CDs plus 3 DVDs and most of the band’s extensive back catalogue is now available world-wide on iTunes.

In 2012 there were a number of headlining Shakatak dates in the UK supported by Alexander O’Neal & Aswad and in the summer the band played at both the Sapporo White Rock and Hayama Festivals in Japan. After further dates in the Tokyo and Osaka Billboard clubs they performed at a concert in Kaliningrad, Russia and in the Autumn/Winter period Shakatak played concert dates throughout the UK.