Two of the country’s finest trombonists GORDON CAMPBELL and CHRIS DEAN get together to bring you a jazz concert packed with virtuosity , invention and humour .Great friends for many years these to giants of the trombone with their exciting rhythm section are a must to be heard . 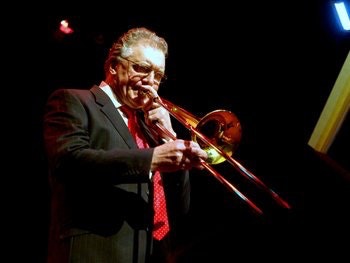 Gordon is regarded as one of this country’s leading trombone players.  He is currently Lead Trombone in the BBC Big Band, a position he has held since 1984.His varied career has encompassed jazz, classical, musical theatre, film and pop. He has worked with many of the world’s leading performers including Ella Fitzgerald, Sarah Vaughan, Barbra Streisand, Tony Bennett, Ray Charles, Shirley Bassey and Robbie Williams.He also played regularly with the Laurie Holloway Big Band on the Parkinson television show and is Lead Trombone of the John Wilson Orchestra. 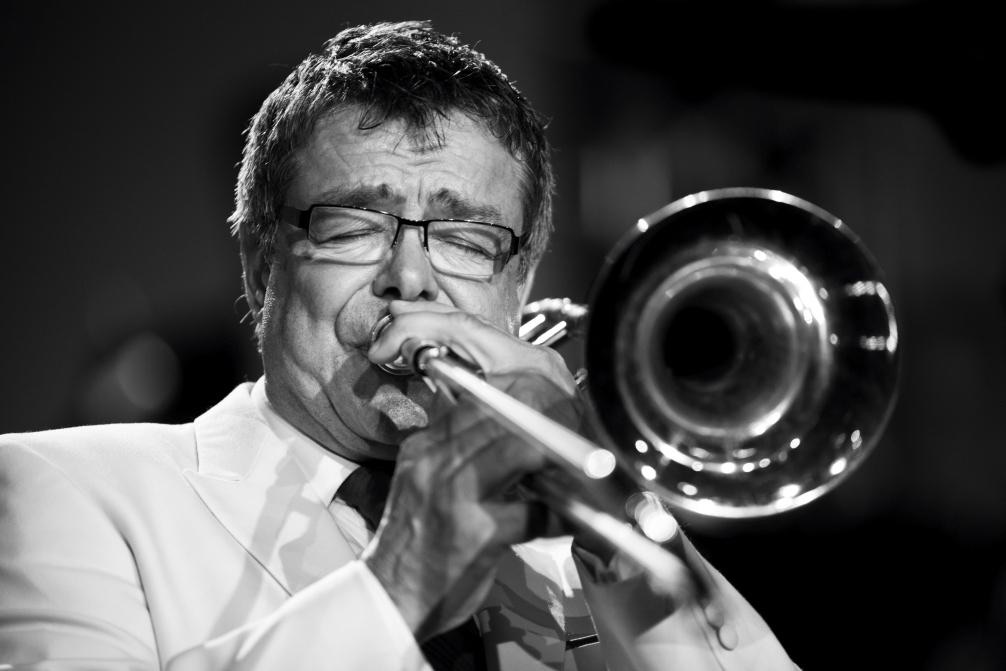 Orchestra leader Chris Dean is Britain's Foremost Big Band Leader. Chris began his career as a boy soldier in the Household Cavalry. After a spell at the Army School of Music at Kneller Hall studying with Bill Teskey, then Principal Trombone with the BBC Symphony Orchestra, Chris joined the Mounted Band of the Lifeguards rising to the rank of "Corporal of Horse" before leaving in 1977 to pursue a career as a freelance musician. His first job after leaving was as lead trombone at the London Palladium. In February 1978 he was invited by Syd to join the Syd Lawrence Orchestra. Chris stayed with Syd as lead trombone until 1983 when the demands of his session career required that he spend more and more time in recording studios.

As a session musician Chris has received acclaim from many of the music industry's top performers. He has recorded with Frank Sinatra, Quincy Jones, Nelson Riddle, George Shearing, Michael Buble, Sheridan Smith, Bradley Walsh, Bob Farnon, Angela Morley, Henry Mancini, Michel Legrand, Barbara Streisand, Natalie Cole, Liza Minelli, Mel Torme and Shirley Bassey. Film work for Composers such as Jerry Goldsmith and John Williams has included the soundtracks for the films Superman, Out of Africa, Basic Instinct, Batman and several Bond movies to name but a few. Chris has also played with Orchestras such as the LSO and RPO and performed on Pop Albums for the likes of Eric Clapton, Westlife, Robbie Williams, Wet Wet Wet and Queen as well as being featured in TV shows such as The Benny Hill Show, Stars in Their Eyes, Come Dancing and several Royal Variety Shows. Most recently Chris performed at the Royal Albert Hall, live for Her Majesty The Queen at her 92nd Birthday Party televised globally on BBC.